Effective Ways to Treat Your Vitiligo

Posted on January 13, 2019 by Taha Ahmed
Please share with your friends... 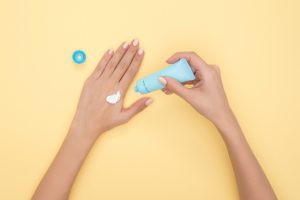 So here are the alternative treatments that you can try if you are suffering from vitiligo or white patches on your skin:

A huge number of vitiligo patients will surely try home remedies to treat their patches. The treatment might range from ingestion of Psoralen or simple dietary modifications.

The most effective among the two is the use or ingestion of Psoralen. Psoralens can sensitize the skin to the tanning effect of the ultra violet light, thus enhancing the skin pigmentation. But you must remember that it has also side effects so you must be careful when taking such kind of medication. Here are the two types of Psoralen treatment:

It is usually used as a common remedy for Vitiligo treatment. In this process, the psoralea corylifolia is incorporated in different recipes to be taken by the patient. For example, you can soak the parts of the plant in water the whole night and drink it during morning.

This remedy is relatively effective when combined with proper sun exposure, but in most cases, most patients refrain to such kind of medication due to the following reasons:

Bear in mind that Psoralen should not be taken without enough knowledge on how to use it.

Tropical Psoralen treatment means, direct application of the medicine to the area where there is whitish patches. This treatment can sensitize the skin directly which would help in gaining color after sun exposure.

There are different ways or methods used to apply Psoralen; e.g. oils, concoctions and extracts.

Here are the other types of home-based treatments for vitiligo:

Ayurvedic is known as an Indian system of medicine that makes use of herbal and surgical techniques to heal the whitish patches. The treatment approach of Ayurvedic is almost similar to herbal for healing purposes. The treatment approach for vitiligo is however similar to the herbal approach. But some people recommend therapeutic purgation as well as vomiting for patients with vitiligo.

Prescription medicines are usually regulated by laws and selling them without the prescription of the doctor is prohibited. Prescription medicines, like other methods of treatment only offer temporary relief not cure. The only disadvantage of prescribed medicine is that they are more expensive compared to herbal treatments.

Steroids are relatively effective suppressor of immunity and can be of great benefit to the so-called auto-immune diseases. During the early stages of vitiligo, topical creams are being used. Milder steroids are best recommended to use for children and potent ones for adults. This kind of treatment is recommended to use for a period of 3 months and its effect is just temporary.

Vitiligo is a skin disorder in which white spots or patches appear on someone’s skin. The condition may sound harmless; but it might put the individual at a high risk of developing serious ailments such as skin cancer because of lack of protection against direct heat produced by sunlight.

Although there is no permanent cure or treatment for such kind of disorder, some home and surgical remedies have given vitiligo sufferers a new hope to live a normal life.

This entry was posted in Good Health, Skin. Bookmark the permalink.