Why Is It Harder For Women To Lose Weight Than Men?

Posted on May 27, 2015 by Charlotte King
Please share with your friends... 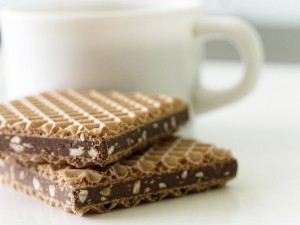 Have you ever gone on a diet at the same time as your boyfriend or husband only to see them losing far more weight then you even though you’re on the same plan? Well you are not alone and there are some reasons why this is more common than you think.

Firstly and probably most importantly, men have more muscle mass then woman mainly due to the hormone testosterone. This means that generally men have a faster resting metabolism and therefore burn more calories than woman, even when doing nothing but sitting around. It also means that men will be burning more calories in the gym doing the same exercises as woman. Because of this, it often takes women longer to lose the same amount of weight as men. Try adding some weight training to your usual workout, as it will build up your muscle mass, which then will help to speed up your metabolism.

Another major reason why woman struggle to lose weight compared with men is our different food preferences. Men generally have a preference for eating foods that are high in protein such as animal foods, whereas women generally prefer to eat more carbohydrates. Even if both woman and men eat the same amount of carbs, men generally require a higher amount of carbohydrate for their bodies and therefore lose weight faster. Try to lower your carbohydrate intake a little especially refined grains and up your vegetable intake. Also try to make sure you are eating some protein each day as protein helps to keep you feeling satiated which can help with your weight loss journey.

But it’s not just the physical factor working against us. There is also the psychological side. Generally woman have a far greater emotional attachment to food which can make it harder to stick to healthy eating and a diet plan. Men often find it easier to stick to a diet. It is more common for woman to feel guilty about each occasional unhealthy snack which often leads to us falling off the rails and eating everything in sight. Ready to “start again tomorrow”. This often undoes lots of the good work we have been trying to do over the last week or so. We women are also often also really hard on ourselves. When men slip up and have an unhealthy snack, there will be far less guilt and they are more likely to get straight back into the diet. So your action item here is not to beat yourself up if you have a slip up. Have your unhealthy meal, enjoy it, and get straight back to eating well after you are finished. No guilt attached!

So there you have it. You were not imagining that it was harder for you to lose weight than for your boyfriend or husband. So don’t beat yourself up about it. Stick to your healthy lifestyle plan and you will get there!

Do you have any stories to share about trying to lose weight with your partner? Did you get similar results or did one party have far better results? Write to us in the comments below.

Charlotte is passionate about helping people lose weight and keep it off. Currently studying to be a health coach at the Institute of Integrative Nutrition and owner of the sites - http://topratedweightlossshakes.com and http://SkinHealthBody.com
View all posts by Charlotte King →
This entry was posted in Weight Loss. Bookmark the permalink.