Need Better Healthcare? You may have to pay for it directly!

Posted on July 2, 2013 by Blog Owner
Please share with your friends... 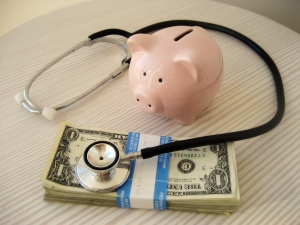 I recently had a fairly lengthy exchange of emails with an internet friend named Martin in the UK who was suffering from diabetes, and despite following the protocols and taking the medicines provided by the NHS (the UK National Health Service), he was steadily getting worse.

Actually, what was making Martin worse was the fact that he was following the advice of a doctor who knew little about diabetes.  He lamented that he could not afford the expense of using a private healthcare provider. Martin also told me that if he didn’t follow the advice of his government-assigned physician (which he couldn’t switch), he might be denied access to health care through the NHS altogether.

I gave Martin my standard lecture that sometimes the cost of “free” healthcare can be substantially more than paying for it yourself. Unfortunately, he didn’t find me very convincing on that point.

As it turns out, there is a thriving private medical practice industry in the UK. But this makes me wonder how it can be that if you are getting something “free” that you are happy with, why would you want to pay for an alternative service which is supposedly the same? Could it be that the private medical practice is thriving due to the number of people who care enough about their health to pay extra for better healthcare?

How can you achieve the best balance between the cost of your healthcare and its effectiveness? The way that most people deal with the cost of healthcare is through insurance. In the UK you can get private health insurance through companies like Aviva UK. When I researched the Aviva company, I was especially impressed by their suggestions for reducing the cost of their insurance. Just be aware that in most cases private medical insurance can’t be used to pay for treatment on already diagnosed illnesses.

Just like on this side of the puddle, the way to get the most bang for your buck from insurance is to get very high-deductible (catastrophic) coverage that doesn’t pay for routine things like checkups and doctor visits, or even most medications. Then you try your best to take care of yourself so that you minimize your need for medical services.

There is another big advantage with catastrophic-only insurance: One of the more surprising discoveries that I made many years ago is that healthcare service prices are actually highly negotiable! I wrote at some length a few years ago about how I was able to save over 70% of the cost of a fairly simple procedure just by telling the clinic that I would be paying cash in advance.

The things to keep in mind when you make the tradeoffs between high- and low-deductible health coverage are:

This blog is a showcase for several different authors.
View all posts by Blog Owner →
This entry was posted in Diabetes, Good Health and tagged can-you-pay-for-better-healthcare-in-the-uk, httpguestdietblog-com. Bookmark the permalink.