Impotence And Being Overweight 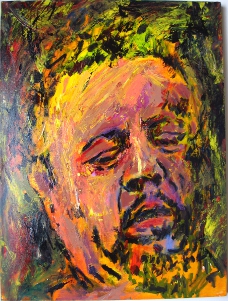 Impotence, commonly referred to as erectile dysfunction, is a common problem, which occurs when men are unable to get and maintain an erection. Impotence is most common among older men, but it can affect men under the age of 40 years old. It is estimated that more than half of men over the age of 50 years old suffer from a degree of impotence.

There are psychological and physical causes of impotence, as well as a number of risk factors, which increase the risk of a man suffering from erectile dysfunction. Psychological cases tend to be more common among younger men, while a high proportion of cases among older men are linked to cardiovascular disease.

Cardiovascular disease affects the flow of blood around the body, as the arteries become narrower as a result of fat deposits collecting inside the vessels. Risk factors for cardiovascular disease include high blood pressure, high cholesterol, smoking, drinking alcohol and being overweight.

Research shows that erectile dysfunction is more common among men who are overweight or obese. A study carried out at the University of Florence revealed that almost 60 per cent of a group of men receiving treatment for impotence were overweight, obese or morbidly obese.

Obesity affects circulation and is a major cause of atherosclerosis, a condition that occurs when the arteries harden and narrow as a result of fat collecting inside them, this reduces blood flow and can completely obstruct flow, which could result in a heart attack or stroke.

An erection is caused by increased blood flow to the penis, if there are any changes in the body, any abnormalities or illnesses that reduce blood flow around the body, this can make it difficult for a man to get an erection. Obesity is also linked to high blood pressure and diabetes, which are both risk factors for erectile dysfunction.

Obesity can also affect libido and confidence, if you are overweight and dislike your body, this is likely to affect the way you interact with your partner and you may lose interest in sexual intimacy.

What Can Be Done?

In cases where obesity or an unhealthy lifestyle are identified as possible causes for erectile dysfunction, a doctor will probably recommend lifestyle changes rather than, or in addition to, medical or psychological treatments.

Losing weight by adopting a healthy diet and doing more exercise will help to boost circulation, as well as lowering blood pressure and cholesterol. Exercise can also be a great way of reducing stress, which is often linked to erectile dysfunction, and improving confidence, as well as muscle tone and the appearance of the body.

A good diet should include a variety of foods, which represent all the major food groups, including proteins, fats, carbohydrates and fruits and vegetables. You should aim for at least five portions of fruit and vegetables per day and this can include fruit juices (try to stick to sugar-free or low sugar varieties), pasta sauces, soups and smoothies. Swapping ‘white’ bread, rice and pasta for wholegrain versions is better for your heart and digestive system, as wholegrain foods are higher in fibre and lower in fat and they release energy slower, which means that you will feel full for longer. Cutting down on fatty, processed and fried food will also help and sticking to a calorie-controlled diet will ensure that you do not overeat.