Posted on November 21, 2012 by Howard
Please share with your friends... 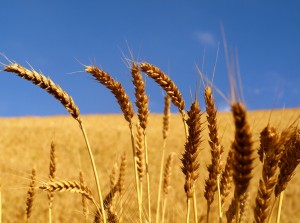 There is no such thing as “healthy whole grain.”

About 90% of the time when you hear “healthy whole grain,” the thing that is actually being advertised is wheat. Not the wheat of our ancestors, but a modern mutant wheat developed by food scientists in the 1970’s, which grows shorter, has a higher yield, and is much more profitable for farmers than prior varieties. In the process of developing this new mutant wheat, the food scientists introduced some new things that never occurred in nature prior to 1970, and none of which were ever tested for suitability for human consumption.

Three of the new unnatural things in the new Frankenwheat: 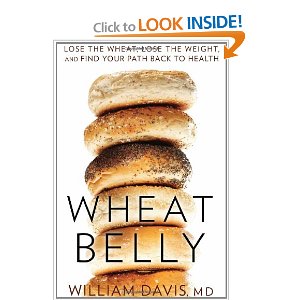 In his latest book, Wheat Belly, Dr. William Davis exposes the dishonesty of the Grain Foods Foundation, and documents the disastrous effects of Frankenwheat, which include the modern obesity and diabetes epidemic, incredible increases in the rate of heart disease, and a more than 400% increase in the occurrence of celiac disease. The latter has become so common that there is an entire industry emerging around “gluten-free” foods.

Even if you do not have celiac disease, you will experience remarkable health improvements from completely eliminating wheat from your diet. In my case, I experienced complete relief from arthritis in less than a week from the time I eliminated wheat from my diet in 1999. Unfortunately, because of the sustained (and mostly successful) effort to add wheat (especially the the gliadin protein) to nearly everything, that means avoiding nearly everything that is packaged and sold in a can, a plastic bag, or a box. You can’t even trust food labels, because wheat is hidden behind terms such as “vegetable protein.” Your best strategy is to stick with what Dr. Davis refers to as “single ingredient foods.” For instance, things like fresh green vegetables — things that don’t require nutrition labels.

I highly recommend Dr. Davis’ book, available in Kindle and paperback, and his Wheat Belly blog, for more information.