Losing the War Against Obesity

Posted on July 21, 2012 by mmclaurin
Please share with your friends... 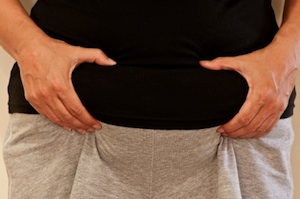 Losing weight is one of the top three New Year’s resolutions reported by people each year as an alarming global battle against obesity rages on.  In wealthy and developed nations, the dieting industry earns millions of dollars annually.  People dive head first into extreme commercial dieting schemes, lured by the promise of rapid and permanent weight loss.  Some even opt for potentially dangerous surgeries and procedures such as liposuction or gastric bypasses for a chance at losing weight, but at what cost?

Among the popular diet plans in the United States, Weight Watchers is the most prominent and highly recognized.  The program is actually sound and backed by rock solid science.  It works for people who follow it, and it is arguably the easiest diet program to follow once a person has mastered its proprietary ‘Points Plus’ system for tracking nutrition and calorie intake.  The weight loss is gradual, but far longer lasting than what is generally achieved through the use of diet pills and dangerous fad diets. It requires its subscribers to either attend weekly weigh ins and meetings, or track online using a set of simple yet sophisticated browser-based tools.  Weekly meeting members pay a higher price monthly than online members, but many people find that the mutual support and accountability inherent to meetings keeps them focussed and compliant.  Others seem to do just as well or better by following the plan online and weighing in at home.

Part of the reason for the epidemic in wealthy nations is the increasing ease of lifestyle enjoyed by their citizens.  It is less unusual to find people involved in manual labor.  Most people have office or retail or service industry jobs, since manufacturing seems to be shifting more and more to Asia and South America.    They follow up a long hard day of sitting in a chair at the office with a couple of hours of television, or gaming, instead of much needed physical activity.

Even Paula Deen, the reigning Butter Queen of online chefs, has taken a healthy turn following a recent diagnosis of diabetes.  Her popular cooking shows on cable and satellite networks have always depicted her as the fat and sassy “everyone’s Southern maw maw” type, and while people have come to expect only the most delicious worst from Paula, people are cheering her on in her latest efforts to promote healthier recipes.  Her new show will launch later this year and feature health conscious cooking that still tastes great.  Maybe there’s hope after all?

Despite all the money spent on weight loss in the US, the pounds do not seem to be melting off.  How is it that so many people are obsessed with their weight, invest substantial amounts of time and money trying to get it off, but are repeatedly unsuccessful?  Have you dieted lately and gotten good results?  If so, we want to know how.  Leave us your comments.

2 Responses to Losing the War Against Obesity