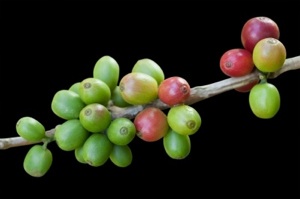 It sounds like something out of a supermarket tabloid –  the claims that coffee can help you lose weight, even if you don’t change your diet. After a little more research (after all, who can resist the idea of a coffee treat that helps you drop a few pounds), I realized there was real science behind the headlines.

While the coffee used in the study may not be the same stuff you can get at your local Starbucks, it is legitimately coffee, and does seem to have an impact on weight, even if no other dieting techniques are used. That means, consuming green coffee is sufficient to help you lose weight without changing what you eat or how much you exercise. Sounds too good to be true, doesn’t it?

Popular diets, like Atkins, South Beach Diet, Medifast and others (check this and this diet, too) will promise you safe and fast weight loss but none of them can help you slim down if you do not first restrict significantly the amount of food you eat and increase your physical activity. And this is exactly why most diets fail. Not everybody can stick to a low calorie diet and workout regime long enough to see results. Lately, green coffee has drawn the attention of the media and scientists because it does just that: It promotes weight loss with no lifestyle changes.

The findings came from a small but very controlled study. Let’s take a look at it.

The Science Behind the Headline

The news about coffee is based primarily on a research study presented by Dr. Joe Vinson at the 243rd National Meeting & Exposition of the American Chemical Society (ACS). The researchers looked at the impact of green coffee on individuals. Over a 22-week period, they monitored the body weight of each participant in 3 conditions: without green coffee at all, with small amounts, and with large amounts.

One of the things that makes this study stand out is that each participant was tested at all 3 doses of coffee. In other words, each person in the study acted as his/her own control by getting tested for the placebo effect and the test substance effect. This is important to notice because it makes the results very reliable. In other studies, the placebo and the effect of a test substance are measured in different people. But different people lose weight at different rates, so the fact that Dr Vinson studied the various doses (including the placebo) of green coffee on a single person over time gives us a good idea of how the coffee impacts an individual.

Green Coffee Gets the Green Light

Each participant continued to eat their normal diet, but added amounts (in the form of a capsule) of green coffee to the menu each day. Of the 16 participants, who were all overweight young adults, there was a weight loss average of 10%–with a similar drop in BMI. The average weight loss was 17 pounds. More importantly, there were no reported side effects and no one dropped of the study, so you can assume that adding the coffee was not a difficult thing to do.

Just What is Green Coffee, Anyway?

When you read “green coffee” you likely think of the same tasty brew you pick up each morning from your local barista–but you’d be wrong. The coffee at your local coffee shop is made from roasted beans while green coffee is from beans in their raw unroasted state. Roasting actually kills the chlorogenic acid that makes green coffee so suitable for weight loss.

You would expect that the study participants experienced the side effects that are typical to caffeine-rich supplements. Well, the reality is that no side effects were reported. Consuming green beans has not impact on your gastrointestinal tract, it does not increase your blood pressure nor does it make you feel nervous. The highest daily dose that caused the observed 17 lbs of weight loss contains as much caffeine as that in a half a cup of coffee.

How Does it Promote Weight Loss

Dr Vinson is conducting a second study to decipher the mechanism of action of chlorogenic acid in green coffee. It appears from the first study that the weight loss is not a result of caffeine in green coffee beans. It is rather the phytochemical chlorogenic acid the causes the effect. There is evidence from previous studies that this polyphenol blocks fat absorption, improves lipid metabolism and exhibits anti-obesity properties.

How can I get my hands on some of this stuff?

Think you have to be a coffee roaster or wholesaler to get your hands on green coffee extract? You don’t! I was pleased to see that green coffee products have already begun to make their way to the marketplace. Starbucks has just released a canned green coffee energy beverage that comes in three fruit flavors. The fruit is sweet enough to mask the taste of the coffee, so you can get the benefits of green coffee without the nasty taste.

The early findings about green coffee and weight loss are quite positive. Taking the maximum dose of green coffee, about 1,050 mg per day, leads to the best results, so expect to see some big manufacturers following Starbuck’s lead and including moderate to high doses of green coffee in newly released products targeted to those who want to lose weight. I know I’ll be keeping an eye out for new ways to incorporate green coffee into my diet, and hope you will as well.