This is How Sugar Can Be Toxic to Your Mental Health

Posted on November 3, 2018 by Toni Marie
Please share with your friends... 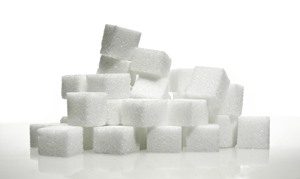 When it comes to high sugar intake, we immediately think of its negative impact on our physical health – tooth decay, obesity, heart disease, and of course, diabetes.

However, what we don’t know is that too much sugar in our diet won’t only expand our waistlines and spike up our glucose levels, but also cause a toll on our brain functions.

If you’re wondering how, here are 4 ways sugar can be toxic to your mental well-being.

1. It can increase the risk for depression.

There are many studies implicating sugar as a risk factor for depression and theories to explain that.  One of them is that sugar is said to suppress the activity of a hormone called BDNF, which is low in individuals with depression and schizophrenia.  Also, too much sugar triggers imbalances in certain brain chemicals that can lead to depression.

Diet and Depression:  Foods to Beat the Blues

2. It can worsen anxiety and depressive symptoms.

For people already suffering from depression and anxiety, high consumption of sugar can exacerbate the symptoms.  Sugar gives the body a momentary high-jolt a.k.a sugar rush by releasing insulin to absorb the excess glucose in the blood stream.  When that happens, your body works hard to get your blood sugar levels to normal.  This crash-and-burn feeling will leave you drained, irritable, foggy, tensed, jittery and nervous – symptoms which depressed and anxious individuals are already suffering from.

3. It can cause addiction.

Recent studies claim that sugar can be as addictive as illegal drugs, such as cocaine.  In a narrative review published in the British Journal of Sports Medicine, the authors stated that:

Consuming sugar produces effects similar to that of cocaine, altering mood, possibly through its ability to induce reward and pleasure, leading to the seeking out of sugar.”

The researchers conclude that the similarity between the effect of cocaine and sugar on the brain is because both interact with the same reward system.

In another study, it was shown that metabolic syndrome is what links high sugar consumption and brain damage. The experiment was done using laboratory rats trained to find their way out of a maze, which were separated into two groups. The group that was given high fructose solution instead of drinking water ended up forgetting the escape route.

So yeah, sugar is indeed an enemy. And it really helps to recognize how it can affect our mind and bodies in order to make a conscious and wise decision to ditch processed sugar.

Toni is a regular contributing author on Guest Diet Blog. In addition to writing about the nutrition & exercise, she also likes to write about relationships and health.
View all posts by Toni Marie →
This entry was posted in Good Health, Mental Health. Bookmark the permalink.