Posted on February 24, 2012 by Coach Levi
Please share with your friends...

There’s been a debate over carbohydrates for many years, putting low-carb fanatics up against endurance athletes who subsist on nothing but pasta dinners. But only in the past few years has the low-carb approach made any real headway into the world of endurance sports. In this article, I will explain how an endurance athlete can get the most out of a low-carb diet without affecting their training.

Why Some Endurance Athletes Can Cut Carbs 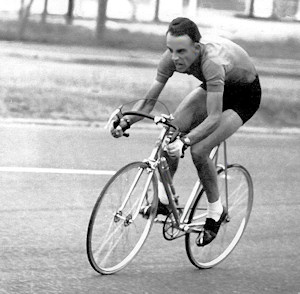 If you’ve been following the debate, you’ll find that there are quite a few triathletes and ultramarathoners touting the benefits of the Paleo diet. But when it comes to cyclists, even if they are not all about carbs, they’re probably still fueling their bodies with plenty of high-carb drinks and bars before, during, and after their workouts.

The difference between most bike races and events like triathlons and ultramarathons is the type of effort and effort level. Bike races require many all-out efforts over the course of the race, whereas triathlons are a more consistent, steady effort. Ultramarathons are the same way – if you go all-out, you might not make it to the finish line.

Those athletes who maintain a steady, moderate effort for their race can better use their fat stores for energy, so a steady intake of carbohydrates is less important for them. Hence their success with the Paleo diet.

The Importance of Carbs for Cyclists

Cyclists, on the other hand, must keep their bodies stocked with carbohydrates at all times. They simply can’t train and race well without them.

See, in hard training sessions and races, the majority of a cyclist’s energy will come from carbohydrates. They’ll have some carbs stored in their muscles and liver in the form of glycogen, but for events much longer than an hour, they’ll need to eat easily-digestible carbs during the workout to keep going.

If you don’t take in carbs like that, you will not get the most out of your training, and you certainly won’t be winning races!

Even Dr. Loren Cordain (author of The Paleo Diet) has to admit to this. Just take a look at the book he co-authored with cycling coach Joe Friel named The Paleo Diet for Athletes. The general idea presented in the book is to follow the Paleo diet as much as possible, but eat non-optimal, high-carb foods (including bagels) before, during, and after your workouts.

You read that right – a book with “Paleo” in the title that lists bagels as a food!

How Can a Cyclist Go Low-Carb?

So now you can see carbohydrates are important for performance, but something more Paleo-oriented is going to be better for fat loss.

How does a cyclist go low-carb then?

There’s only one time of year for a cyclist to go low-carb to lose fat, and that is during the off-season. It may sound counter-intuitive, because wouldn’t the off-season be a hard time to lose weight?

In a sense, yes. Yes it is. But if you remember what I said earlier about not being able to train and race to your full potential when eating low-carb, that completely rules out low-carb diets for in-season.

You can actually continue on a low-carb diet from the off-season into your early-season base training, because that is high-volume, low intensity training. But as soon as the intensity level picks up, your carbohydrate intake level should pick up as well.

I’m actually sitting here in a miserable mood this very minute, because I’m on a very low carb diet. I need to get down to racing weight soon before the hard training starts. Right now if I attempt to workout, I can do very few reps or intervals. I’ll feel weak after much else.

Believe me, I do NOT want to feel like that during race season! So I’m getting it out of the way now. You don’t want to stress over cutting calories during training season, especially as races near, so I suggest you follow suit.

To summarize, I feel that going low carb can be a great way to lose weight, especially when it means ditching the crappy carbohydrate sources athletes rely on throughout the year. It’s tricky to do if you’re an endurance athlete, so make sure you plan out your race season as well as your diet season, and you’ll be successful.