Posted on December 30, 2011 by Blog Owner
Please share with your friends... 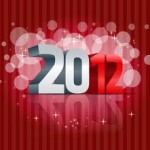 For me, diet and exercise have been a passionate topic for more than a decade (yes, I do plan to do another installment of my “Low-Carb Journey” articles soon), and New Year’s resolutions have never been of much interest. I’ve always been a bit amused at New Year’s resolutions, after a childhood observation that most of them are broken by January 2nd. Indeed, the short-lived nature of New Year’s resolutions is a running gag in several comics during this season. But for those of you who are in the habit of making resolutions on January 1st, I have some suggestions which will improve your health and overall well-being: 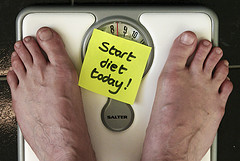 Eat real food? Ok, that’s a platitude, so I’ll give some actionable guidelines: If it comes in a can or a box, and it lists a bunch of difficult-to-pronounce ingredients, it’s probably not Real Food. That’s not to say that you should avoid everything that comes in a box or a can. Canning is something that allows you to store food for a long time without refrigeration, which can be really valuable under certain circumstances. But you should at least check the labels on stuff you plan to eat to make sure they aren’t loaded with sugar, wheat, corn, vegetable oils, or soy. Unfortunately, that has become trickier as food packagers have started listing sugar under several different names so that they can hide the fact that it’s the predominate ingredient. 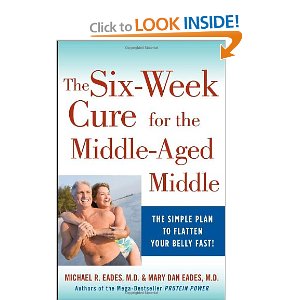 Fake food? In that list, I include pretty much anything that is hydrogenated, along with several items that simply don’t belong in the human diet, such as artificial sweeteners, wheat, corn, and soy. In addition, if it must be cooked in order to be edible (e.g., grain), it’s probably not real food. That’s certainly not a complete list, but it will get you started on the road to better health.

Strength training? Don’t all the diet gurus tell you that you have to walk or run a lot? Walking and running are not particularly bad for you (except if you overdo it), but they are vastly overrated. Strength training is much more important to good health (except if you overdo it), mainly because it improves your body’s insulin response. Since I’ve already mentioned overdoing it twice, I suppose I need to define what that means. In a post by RonFriske on this site back in October, he responded to a commenter that “My style is to get on my bike and ‘pedal til I puke’.” In my opinion, that’s a classic example of overdoing it. For strength training, you should definitely not do weight-lifting to failure every day, because that will actually decrease your strength. Once or twice a week for serious strength training will get you about 80% of the maximum strength training benefit possible. 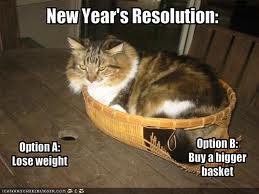 I made all of those resolutions many years ago, although not for any particular New Year, and I have mostly followed them. To the extent that I fell short of following them, my health suffered. Fortunately, following a healthy low-carb, high-fat diet is very easy, and is the most important component of a healthy lifestyle.